Yes you read that correctly. This is the time of year when your pots and pans get to come outside and make some noise as it is wassailing time in the orchards around the UK.  Wassailing is an ancient custom that was initially  a drink and the word comes from the Anglo-Saxon phrase ‘waes hael’, which means good health. The drink itself was mulled ale, curdled cream, roasted apples, eggs, clover, ginger, nutmeg and sugar. According to the whychristmas.com website Jesus College, in Oxford University, has a Wassail bowl, that is covered with silver, and can hold 10 gallons of drink!

In parts of England where apples are grown especially for cider, wassailing still takes place. However this is about waking up the trees from their winter slumber to give a good crop for the following season, by singing songs making loud noises and dancing – this is also done to scare off evil spirits.

In parts of South Wales in the United Kingdom, there is the tradition of the ‘Mari Lwyd’ wassailing horse.

If you would like to experience this traditional custom in Southwark then look no further. The west walworth winter wassail is the place to be on Sunday 12th January from  2pm.

If you or your gardening group would like to get involved or find out more, get in touch
Email: hello@walworthcgn.co.uk 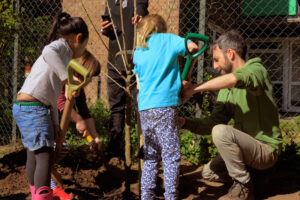 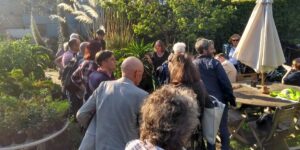 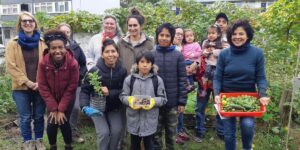